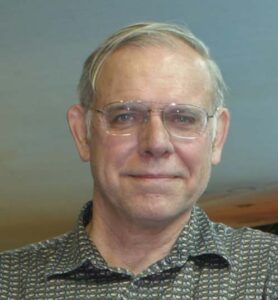 Dr. Steven Schoenherr was born in Fort Wayne, Indiana, in 1945 and earned his B.A. in History at Indiana University and his Ph.D. in History at the University of Delaware. He moved to San Diego in 1977 and taught in the Department of History at the University of San Diego from 1977 to 2007. Schoenherr wrote his dissertation on Stephen Early, FDR’s press secretary, and has written articles on Bing Crosby, Jane Addams, and the history of Sound Recording. Some of Schoenherr’s publications have been multimedia productions, including video documentaries on San Diego’s Gaslamp district and the Villa Montezuma and a DVD collection of Universal Newsreels from 1929 to 1967. His Recording Technology History has been published on the website of the Audio Engineering Society. In 2007 Schoenherr retired from teaching after 30 years at the University of San Diego. Since then he has been involved in researching and writing on local history. He co-authored a book in 2009 on the history of Bonita for Arcadia’s “Images of America” series. His article on “National City In Pictures” was published in the Journal of San Diego History, Summer 2008. His book “Chula Vista Centennial” was published by the city in August 2011 and won several awards, from the San Diego Book Awards Association and the Independent Book Publishers Association. His book for the Centennial of San Diego City College was published in 2014 by the City College Foundation. His book of the history of Lincoln Acres was published in Oct. 2021 by the San Diego Historical Society.  He served on the Chula Vista Historic Preservation Commission from 2012 to 2018. He was a founder of the South Bay Historical Society in 2013 and has authored several articles for the quarterly Bulletin of the South Bay Historical Society.
We use cookies on our website to give you the most relevant experience by remembering your preferences and repeat visits. By clicking “Accept”, you consent to the use of ALL the cookies.
Do not sell my personal information.
Cookie SettingsAccept
Manage consent