The first South Bay Historical Society was founded in 1958 by Irene Phillips who wrote a regular column in the National City Star-News and a series of nine books on the history of the National Ranch and the South Bay. It disbanded after her death in 1972.  John Rojas and Ruby Peters Machado founded the Chula Vista Historical Society in 1981 but it disbanded after the death of Rojas in 2000.

A new, local historical society was formed the evening of August 26, 2013 at the invitation of Susan Walter in her historic John Davidson home on Second Avenue in Chula Vista. After that exploratory meeting, Helen Halmay wrote an article for the Oct 2013 edition of Adelante about the new Society for the Congress of History. The group was formed to emphasize documenting the history of the South Bay area of San Diego county and Upper Baja California. 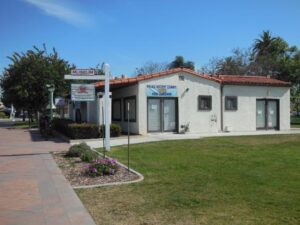 Our small group collects and archives historical documents, photos, memories and interviews from the communities of National City, Chula Vista, Bonita and Lincoln Acres, to Coronado, Imperial Beach, San Ysidro, Nestor, Otay, and Upper Baja. It was decided that a society was needed to represent all communities in the South Bay.  We support events and exhibits celebrating our vibrant, diverse past .

The mission of the South Bay Historical Society is to preserve and promote the history of the region of San Diego from National City to the border. We will accomplish this mission in the following ways:

Current Board of Directors

The Society is a 501(c)(3) nonprofit corporation and the membership dues of $20 per year are tax-deductible.